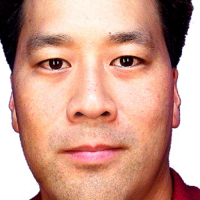 
Andrew Lih is one of the world's foremost experts on Wikipedia and the Wikimedia movement and is the author of the book The Wikipedia Revolution: How a bunch of nobodies created the world’s greatest encyclopedia (2009). He currently serves as the Wikimedia Strategist at The Metropolitan Museum of Art in New York City. Since 2010, he has worked with multiple cultural and heritage institutions to advance Wikipedia multimedia content and linked open data in Wikidata. His Wikimedia project work has been funded by the Knight Foundation with partners such as the Smithsonian Institution and the United States National Archives and Records Administration, for which he won the 2016 National Archives Archivist's Award. As a professor of communications and journalism in 2003, he wrote the first academic papers about Wikipedia and its online volunteer knowledge-production community. He has held professorships at Columbia University, University of Southern California, and American University in Washington, D.C.