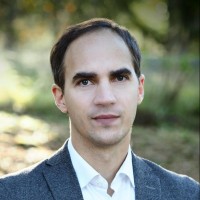 
Since 2014, I’m a digital media producer at Nordiska museet in Stockholm, Sweden. Between 2003 and 2014, I worked in various positions at the Nobel Museum (also in Stockholm), mainly with exhibitions and digital media. In 2011–2012, I had a temporary position as web project manager at the National Maritime Museums in Sweden.