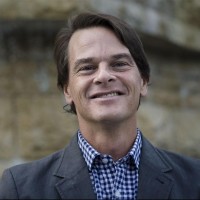 
Daniel is an award-winning multimedia producer and currently manages the Media Group at the National Museum of the American Indian. He is the producer and creative director for the Inﬁnity of Nations app for the iPhone, the ﬁrst bilingual exhibition app produced for the Smithsonian Institution. Mr. Davis has been working as part of the Smithsonian Strategy and Initiatives team since 2011.