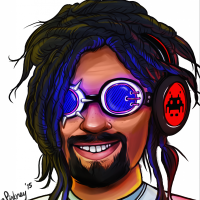 
Award-winning media maker Bernhard Drax - also known as Draxtor™ in social VR - has produced more than 200 mini-documentaries on the subject of creative diversity and inclusion through virtual worlds via his "Drax Files World Makers" series on YouTube in the past 13 years. He has a background in music production, music education and radio journalism. Bernhard recently completed the feature documentary "Our Digital Selves" for the National Science Foundation which examines embodiment and place-making in social VR as it empowers people with various disabilities. He is currently finishing up the soundtrack for the French/Ukranian documentary "Mamatchki" as well as preparing a VR mini-series for Luxembourg television featuring Linden Lab's Sansar platform as playground for historical re-enactment.