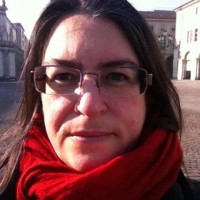 
Gabriella Giannachi, FRSA, is Professor in Performance and New Media at the University of Exeter, UK. She has published: Virtual Theatres (2004); The Politics of New Media Theatre (2007); Performing Presence: Between the Live and the Simulated, co-authored with Nick Kaye (2011); Performing Mixed Reality, co-authored with Steve Benford (2011); Archaeologies of Presence, co-edited with Nick Kaye and Michael Shanks (2012); Archive Everything (2016) and Histories of Performance documentation, co-edited with Jonah Westerman (2017).