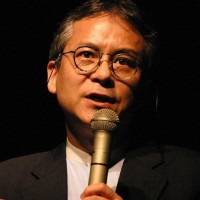 
Hiroshi Ishii is the Jerome B. Wiesner Professor of Media Arts and Sciences at thernMIT Media Lab. Joining the Media Lab in 1995, he founded the Tangible Media Group to make digital tangible by giving physical and dynamic form to digital information and computation. Here he pursues his visions of "Tangible Bits" (1997) and "Radical Atoms" (2012) that will transcend the current dominant paradigm of Human-Computer Interaction: "Painted Bits" of Graphical User Interfaces. For his visionary work in HCI, he was awarded tenure from MIT in 2001 and the SIGCHI Lifetime Research Award in 2019.rn