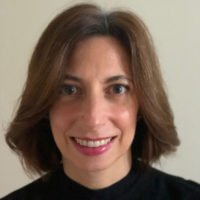 
Mia Bongiovanni is the Assistant General Manager for Media at the Metropolitan Opera. An Emmy, Peabody and Grammy award-winning producer, Ms. Bongiovanni oversees the production and distribution of the Met's global broadcast activities and new media initiatives, bringing the Met’s performances to a worldwide audience. She is supervising producer of the Met’s Live in HD series of cinema transmissions and executive producer of the Metropolitan Opera Saturday matinee radio broadcasts. Prior to joining the Met, Mia was Vice President of Artists and Repertoire at Sony Classical where she worked with an acclaimed roster of artists and managed the label’s international recording activities.