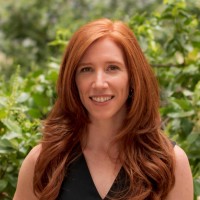 
I serve as the Director of Marketing & Communications at the San Diego Convention Center. Prior to this position, I was the Executive Vice President of Communications and Visitor Experience at the Autry Museum of the American West, where I continue to serve in a consulting role.

During my six years at the Autry, my responsibilities expanded to include oversight of visitor services, public and educational programming, government relations, membership, store, and cafe. I have also served as the Director of External Affairs for the Balboa Park Online Collaborative, a museum technology project serving more than 20 cultural institutions in San Diego's Balboa Park.

A graduate of the Medill School of Journalism at Northwestern University, I have written for publications such as Fodor’s San Diego, San Diego Union-Tribune, and National Geographic Adventure.