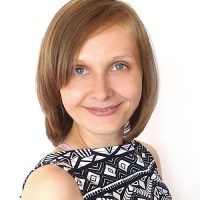 
Dr Natalia Grincheva is a 2020 Research Fellow at the University of Oxford in the Digital Diplomacy Research Center and an Honorary Research Fellow at the Digital Studio of the University of Melbourne. Most recently, she was appointed to the Associate Professor position in the Department of Media at the National Research University “Higher School of Economics” in Moscow, Russia. She pursues her career in the field of digital humanities focusing on development of new computational methods to study museums as important players in creative economy and actors of soft power. Dr Grincheva is also a Lead CI and Conceptual Designer of the award-winning digital mapping system Museum Soft Power Map. She is holder of numerous academic awards and fellowships, including Fulbright (2007–2009), Quebec Fund (2011–2013), Australian Endeavour (2012–2013), SOROS (2013–2014) and others. She has successfully implemented a number of research projects on new forms of contemporary diplomacy developed by the largest internationally recognized museums in North America, Europe and Asia-Pacific. Her publication profile includes over 30 research articles, book chapters and reports published in prominent academic outlets. The most recent publications are two monographs: Global Trends in Museum Diplomacy (Routledge: 2019) and Museum Diplomacy in the Digital Age (Routledge: 2020).

Due December 1: Volunteering for the #MW21 Conference is easy, and when you help out, we'll waive the registration fee associated with your attendance, whether you come in person or join online, April 5-9, 2021. #museTech #museSocial https://mw21.museweb.net/volunteering/

Check out FIVE virtual tours that are making headlines. "This science virtual tour is a 3D replica of the Martian surface taken by the rover." #virtualTours #museTech https://bit.ly/2UBJY1U

What's the environmental impact of our online activities? "...online video streaming and digital publications may seem like a greener way to consume media...but our digital technology use is now responsible for about 4% of global CO2 emissions." #museTech https://bit.ly/38SWKS5

At #MCN2020 I presented with some amazingly talented colleagues on data privacy, persuasive technology, and the tech decisions we make. Here's a summary of the remarks I made on actions we can take: https://nikhiltrivedi.com/2020/11/20/platforms-are-not-neutral.html @sarahwambold @danamuses @halfempty @Polackio @MuseumCN

Happy Friday! If you're one of those people who loves the smell of an old book or an antique shop, this story is for you. What might research into "historic smells" mean for multi-sensory museum experiences? #museTech #archivists https://bit.ly/3lJiUKi