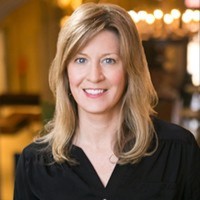 
Mission: The San Diego Museum of Art’s mission is to inspire, educate, and cultivate curiosity through great works of art.rnHistory: The original inspiration for a permanent public art gallery in San Diego can be traced to the Panama-California International Exposition, held in Balboa Park during 1915-1916. The Exposition, which was organized to celebrate the opening of the Panama Canal and to promote San Diego as a seaport, also showcased San Diego as a growing cultural center. Among its numerous displays representing various industries and products was a prominent exhibition of fine arts featuring European old masters, American art, and works by California and San Diego artists. The public response to the art exhibition convinced civic leaders and prominent local artists that San Diego needed its own fine arts gallery and collection. Planning for the new museum began in 1922 when local business and civic leader, Appleton S. Bridges (1849-1929), offered to fund the construction of a permanent structure to house a municipal art collection. A prominent site on the north side of Balboa Park’s Plaza de Panama was secured and construction got underway in April 1924. The Fine Arts Society subsequently formed in 1925 from the merger of the San Diego Art Guild and the Friends of Art to operate the new museum. As construction was nearing completion in the spring of 1925, Bridges asked Johnson to help find someone to run the new gallery. At the recommendation of Archer M. Huntington, founder of the Hispanic Society of America, Dr. Reginald Poland (1893-1975), then director of education at the Detroit Institute of the Arts, was hired as the Museum's first director.The Fine Arts Gallery of San Diego officially opened its doors on February 28, 1926, at which time ownership and maintenance of the building was transferred to the City of San Diego. Poland saw the Museum through the critical period of World War II. Soon after the attack on Pearl Harbor, the Museum sent many of its most important artworks to other art museums in the Midwest for safekeeping. Despite the war, the Museum maintained a busy schedule of exhibitions, classes, and lectures until early in 1943 when the Museum was requisitioned for military use along with the other cultural facilities in Balboa Park. The United States Navy converted the Museum into a hospital housing 423 beds, X-ray facilities, and a surgical suite. Suddenly homeless, the Museum was fortunate to find temporary quarters in a mansion generously donated by trustees, Frank and May Marcy. In 1947 the Navy relinquished control of the gallery in Balboa Park and the Fine Arts Society was able to resume normal operations.In 1978, Trustees changed the name of the Fine Arts Gallery of San Diego to The San Diego Museum of Art in recognition of the Museum's status as a repository for applied and decorative arts in addition to the fine arts of painting and sculpture. During the following two decades, under the directorship of Steven Brezzo, who was museum director from 1979 to 1999, the Museum became the beneficiary of three remarkable donations of art: a collection of English and French works of art from Ambassador Maxwell Gluck and his wife in 1985; a collection of prints, posters, and paintings by Henri de Toulouse-Lautrec given by the Baldwin M. Baldwin Foundation in 1988; and the 1,453-piece collection of Indian and South Asian art given by Edwin Binney 3rd in 1990.Dr. Derrick Cartwright, Museum director from 2004 until 2009, oversaw further improvements in the physical plant and programs of the Museum, including expansion of the Museum's outreach efforts into the community, its bilingual initiatives, and publications program. In 2010 Roxana Velásquez Martinez del Campo assumed leadership of the Museum as its eighth executive director. Bringing a wealth of expertise and an international reputation earned as director of three major national museums in Mexico City, Velásquez has embarked on an ambitious program of building on the Museum’s traditional strengths to reach new levels of distinction in regional, national and international spheres.rnBoilerplate: Providing a rich and diverse cultural experience, The San Diego Museum of Art houses the world’s finest art in America’s Finest City. Located in the heart of Balboa Park, the Museum’s nationally renowned collections include Spanish and Italian old masters, South Asian paintings including the Edwin Binney 3rd Collection of Indian paintings, East Asian art, and 19th and 20th century American paintings and sculptures. The Museum regularly features major exhibitions of art from around the world, as well as an extensive year-round schedule supporting cultural and educational programs for children and adults. At The San Diego Museum of Art, exhibition text is always in English and Spanish.