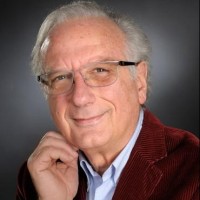 
Alain Dupuy got his engineer degree from SupElec in Paris, a top ranking National Engineer School. His major was then Computers and Information Systems at the Computer Science department. After that he enrolled at the University of California at Berkeley, and successively got his Master of Science (MS), with majors in Operating Systems and in man-machine interfaces, and his Master of Business Administration (MBA) with major in Finances and management of large scale projects. He spent a few years as professor of finances and computer science at the University of Quebec, Quebec, Canada, and came back to France where he first enrolled as assistant to the Director of Finances and Development in the software development holding of Thomson-Alcatel counting 12 subsidiaries and a workforce of 100.000 persons, and became the Director of Finance and Development of one of these subsidiary selected to invest a significant amount of money in the development of the new and then revolutionary product named Laserdisc, which will derive into the well know DVD media. He then created his own firm, namely InnoVision, specializing in planning, designing and engineering of large scale multimedia installations and/or global digital applications for museums, cultural exhibitions, public spaces and natural sites. Alain Dupuy undertook over several decades multimedia and digital developments in many countries, including Japan, Thailand, Cambodia, Saudi Arabia, Qatar, as well as European countries like Spain, Portugal, Belgium, Sweden, and most regions and town of France. His main focus at this time is to contribute to a new era of museums equally built in the real architectural world and in the digital world, leading to some sort of “Global Museum”. A typical recent example of such design is a unique mobile app based on 3D models of the town of Marseilles at the Greek and Roman and Middle-Age times of Marseilles, a so called “Digital Extension of the Museum of History of Marseille”. Other similar projects are in preparation, like the important one devoted to the Unesco Heritage Atturaif Site, near Riyadh in Saudi Arabia.