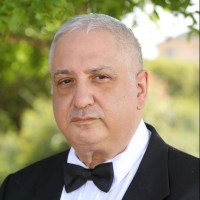 
Alan J. Wecker is a research associate at the Information Systems department and associated with the Caesarea Rothchild Institute for Interdisciplinary Applications of Computer Science, all at the University of Haifa. His current project is SPICE an EU Horizon 2020 project to foster citizen curation of cultural heritage. His immediate past projects are Tikkoun Soferim, crowdsourcing of ancient Hebrew Manuscripts and ELICIT a project involving measuring the effectiveness of different educational activities in a museum.

He received his doctoral degree in 2018 from a joint program between University of Haifa and the University of Trento. The topic of the dissertation was: Personalized Cultural Heritage Experience Outside the Museum: Connecting the Museum Experience to the Outside World. He received his M.Sc. degree, in 2012, for his work on shared displays and navigation support for mobile museum guides, which received the Dean’s Prize for Outstanding Master’s Thesis at the University of Haifa. Alan graduated with an A.B. from Princeton University in Mathematics in 1982 was a prize winning researcher at the IBM Haifa Research Labs from 1983-2008; where he led numerous projects, wrote papers, and produced patents. He is a senior member of the ACM since 2009. Research interests include: User Modeling and Cultural Heritage, HCI, mobile museum guides, recommendations and trust, component modeling, online books, XML, Remote User Interfaces, software engineering, and distributed group consensus algorithms