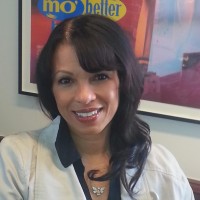 
Bettina Fisher, Director of Educational Initiatives, currently leads all education programs for the Academy of Motion Picture Arts and Sciences. She is responsible for the Academy’s public education and teacher professional development workshops, Media Literacy Program for middle school and high school students, the Academy’s Visiting Artist and Tours Program. She is also responsible for the curriculum for the Academy Gold internship enhancement and mentorship program. In 2015, Bettina launched the Academy’s first annual Careers in Film Summit, an educational program to inform youth about the vast jobs in the film industry. Held in Los Angeles, California, the day-long event features industry panels on various careers. The program has now expanded to London as well as New York with half-day programs. Bettina previously worked as a music producer and director at National Public Radio where she worked on shows such as the Peabody Award-winning "Wynton Marsalis: Making the Music," "Billy Taylor’s Jazz at the Kennedy Center" and "Jazz Piano Christmas." She’s held other positions at Wake Forest University and American University, where she was the Director of Strategic Programs and launched the Reel Journalism Film Festival and Political Comedy Festival. She has also served as a consultant for the Smithsonian Institution. She's a frequent juror for the LAUSD’s Student Film Festival, LMU’s Film Outside the Frame Festival, New Filmmaker LA’s Student Film Festival as well as the Pan African Film Festival. Bettina holds a bachelor’s degree in Communications from James Madison University and is a Board member of the Make A Film Foundation.