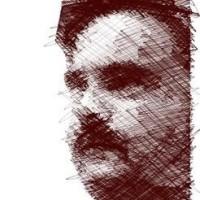 
Paul Fishwick is Distinguished University Chair of Arts, Technology, and Emerging Communication (ATEC), and Professor of Computer Science. He has six years of industry experience as a systems analyst working at Newport News Shipbuilding and at NASA Langley Research Center in Virginia. He was on the faculty at the University of Florida from 1986 to 2012, and was Director of the Digital Arts and Sciences Programs. His PhD was in Computer and Information Science from the University of Pennsylvania. Fishwick is active in modeling and simulation, as well as in the bridge areas spanning art, science, and engineering. He pioneered the area of aesthetic computing, resulting in an MIT Press edited volume in 2006. He is a Fellow of the Society for Modeling and Simulation International (SCS), served as General Chair of the Winter Simulation Conference (WSC), was a WSC Titan Speaker in 2009, and has delivered 20 keynote addresses at international conferences. He is Chair of the Association for Computing Machinery (ACM) Special Interest Group in Simulation (SIGSIM). Fishwick has over 250 technical papers and has served on all major archival journal editorial boards related to simulation, including ACM Transactions on Modeling and Simulation (TOMACS) where he was a founding area editor of modeling methodology in 1990, and served for 25 years. He is on the editorial board of ACM Computing Surveys.