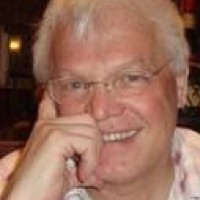 
Floris Guntenaar is a designer and the initiator of CulturalHeritage.cc Foundation. He was earlier also the initiator and founder of CINEKID Film and Television Festival, Amsterdam. He designed several itinerant exhibitions: Berlin/Amsterdam, The World of Anne Frank, Das Akt Foto, One Hundred Years of Jazz, 'Art and Kitsch', 'That's Jazz': the Sound of the 20th Century (for this exhibition Floris designed a concert hall and acoustic 'direct sound' speakers.) As a costume and theatre designer he has worked for DutchTelevision, the Netherlands Opera and numerous Dutch theatre companies as well for the Aspen Music Festival in the USA and for the Science Water Park in Toyama, Japan.