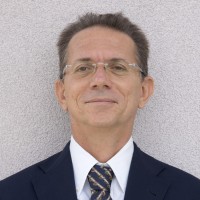 
Gabriele Guidi received his M.S. degree in Electronic Engineering in 1988 from the University of Florence, and Ph.D. in Bioengineering in 1992 from the University of Bologna, Italy. He joined the University of Florence as researcher in 1995 and moved to the Polytechnic of Milan in 2005 where he is now Associate Professor at the Department of Mechanical Engineering. rnHis research interests, originated from medical imaging, are in the field of active and passive 3D sensors, geometric processing, reverse engineering and 3D metrology.rnSince the end of the ‘90s he started to apply range imaging technologies to Cultural Heritage documentation by: digitizing important statues by Donatello (Maddalena, 2000 and David, 2003); integrating active and passive 3D methods (Maddalena 2.0, 2001), experimenting for the first time 3D techniques on large paintings (Leonardo da Vinci - L’Adorazione dei Magi, 2002); exploring for the first time the 3D scanning of large and detailed objects (Gismondi – Plaster of Imperial Rome, 2004); generating the virtual replica of the entire Forum of Pompei (2007); integrating real 3D with historical sources for reconstructing Vietnamese temples (2011), developing 4D diachronic modelling from real 3D data (Certosa di Pavia, 2012). Currently he is involved in the massive 3D digitization in the Archaeological Museum of Milan (500+ models in 3 years 2012-15).rnDr. Guidi is Senior Member of the IEEE and serve as reviewer of several international journals Published by Elsevier, Springer and IEEE. rnHe has been involving in the scientific committees of several conferences including “3DIM” (IEEE), “Videometrics” (SPIE), 3DArch (ISPRS), “Computer Applications and Quantitative Methods in Archaeology” (CAA) and “Virtual System and Multimedia” (IEEE), chairing and organizing the 2012 edition in Milan (VSMM2012). In 2013 he has been Program Chair of DigitalHeritage 2013, the largest event ever in the field of technologies & heritage, held in Marseille from Oct 28 to Nov 1, 2013.