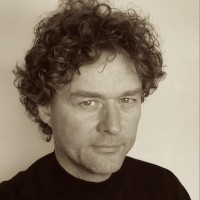 
Gunnar Liestøl is Professor at the Dept.of media & Communication, University of Oslo, and has a magster artium degree in General and Comparative Literature and a dr. philos. degree in Media Studies ('Essays in Rhetorics of Hypermedia Design'). He has developed several hypermedia and augmented reality systems, including the awardwinning 'Kon-Tiki interactive' and 'Old Narva'. Liestøl has written and edited many books, among them: Liestøl et al. 'Digital Media Revisited. Theoretical and conceptual innovations in digital domains.' (The MIT Press 2004). Liestøl have directed the SitsimLab-project since 2006, funded by the EU Interreg program, the Norwegian Research Council, among others. The research and development is focused on the theory & practice of Digital Genre Design in situated and sensory media, in particular mobile augmented reality. Published apps from the project includes: 'Roman Forum' (iOS/Android), 'Phalasarna' (iOS), 'Omaha Beach' (iOS), 'Old Narva' (iOS) and more.