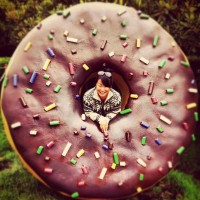 
As Producer with NGX Interactive, Hanna leads the planning and development of interactive exhibits that delight, inspire, and push the boundaries of visitor experience.

Prior to joining NGX in 2015, Hanna lead Engagement and Dialogue at the Museum of Vancouver (MOV), Prior to joining MOV in 2010, she spearheaded new media integration and public engagement at the Asia Pacific Foundation of Canada.  Hanna is also co-founder of the pioneering community-networking group, Wireless Toronto, whose goal is to reimagine the socio-technical infrastructure in the urban context. Hanna's work sits at the nexus of new media and innovation, network culture, public engagement, and diversity.