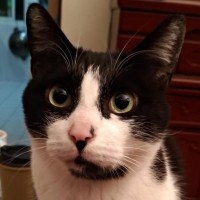 He serves and coordinates program and projects in Taiwanese FLOSS community and digital archives program while being project manager and consultant in Institute of Information Science, Academia Sinica since 2002.

Ilya participates and joins coordinating as international steering committee (ISC) member of Culturemondo, a global community network of cultural specialists, from 2005 to 2010. He collaborated with Culture24 in Brighton and ISC to hold annual round table meetings to associate with local organizations in Dubrovnik, Havana, Taipei, Wellington and Amsterdam.

He also joined APAN eCulture Working Group, PNC and other Asia Pacific initiatives to build up local linkages. In 2012 his own project Culturemondo Asia Pacific Secretariat presented in Rio, Taipei and Shanghai for successful thematic forums and workshops.