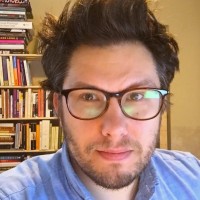 
Ian builds interactions at the crossroads of art, technology and visitor engagement. As an artist, Ian has shown projects at ISEA, Carnegie Museum of Art, Museum of Vancouver, The New School and Harvard University. As a designer, his work has been nominated for Emmy and Webby Awards, featured in Wired Magazine, Atlantic, TED and in a record-breaking Kickstarter campaign. Ian has taught at Emily Carr University of Art & Design holds a master’s degree in Art, Culture and Technology from MIT’s School of Architecture.