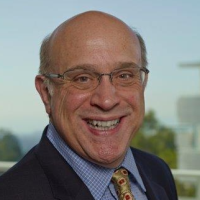 
John Giurini joined the Getty in January 2005 as Assistant Director in the Communications department of the J. Paul Getty Trust. In November 2007, he became Head of Public Affairs for the J. Paul Getty Museum. In this capacity, he oversees all communications efforts for the Museum’s two Los Angeles locations, which includes media relations, marketing and branding, strategic planning, digital strategy and community relations. John is also a member of the Museum’s senior management team.

Prior to joining the Getty, John ran his own his own public relations consulting practice specializing in consumer products, travel and tourism, retail, and non-profit organizations. As a consultant, the Getty was one of his clients. Over the course of some 12 years, John also held positions of responsibility at several leading Los Angeles communications consulting firms: Manning, Selvage & Lee Public Relations; The Blaze Company; and, Golin/Harris Communications.

He has been responsible for highly successful, award-winning national and international branding campaigns for a variety of clients, including Starbucks Coffee, Swatch, Earthlink, Southwest Airlines, Levi Strauss & Company, Estée Lauder, Crystal Cruises, and Mattel. He also was responsible for helping create the international Teenage Mutant Ninja Turtles phenomenon, and was part of the team that helped rebuild the Adidas brand in the United States.

John began his career in the communications department of the Natural History Museum of Los Angeles County. He has a BA in Political Science from the University of California, Los Angeles and a MA in Politics from Rutgers University. John also has a Certificate in Public Relations from UCLA Extension. For over ten years, John served on the board of the MOCA Contemporaries (a support group for The Museum of Contemporary Art, Los Angeles) with six of those years as President of the board.

By assigning its head of security, Tim Tiller, social media duties, the @ncwhm scored a coup that saw its online engagement mushroom by 385,000 percent. Fresh from the 2021 @museweb conference, here's how it happened: https://bit.ly/3xeEoVl

#MW21, join me @TyreeBP @OEatonMartinez and #EricLongo for a plenary session that's right on time: https://mw21.museweb.net/session/pandemic/
#Pandemic – From #collecting to #engagement: Exploring #COVID-19 and #Diversity in Cultural Heritage organizations
9 am CST on April 23rd #DEAI #IDEA