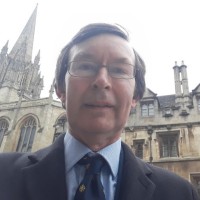 
Jonathan Bowen is Emeritus Professor at London South Bank University and the Chairman of Museophile Limited. He has worked in academia, including the Oxford University Computing Laboratory and Imperial College, London. He has been involved with the field of computing in both industry and academia since 1977. As well as computer science, his interests extend to museum informatics and the history of computing. Bowen established the Virtual Library museums pages (VLmp, http://museums.wikia.com/wiki/VLmp) in 1994, a Web-based directory of museum Web sites worldwide that was adopted by the International Council of Museums (ICOM). He was Honorary Chair at the first Museums and the Web conference in 1997 and has given presentations at each conference since then. He guest edited two special issues of the Museums International journal concerning online museums. In 2002, Bowen founded Museophile Limited (http://www.museophile.com) with the aim to help museums online, especially in the areas of web accessibility, discussion forums, collaborative e-commerce, personalization and search engine visibility. Bowen is a Fellow of the Royal Society for the Arts and of the British Computer Society. He holds an MA degree in Engineering Science from Oxford University. Jonathan was on sabbatical at Brunel University, UK (2005-2006). He taught at University College London in 2007 and Brunel in 2008. He established the MuseumsWiki (http://museums.wikia.com) in 2006. From 2007-09, he was a Visiting Professor at King's College London. During 2008-09 he was a Praxis Associate. From 2010-12, he is a Visiting Professor at the University of Westminster. In 2012, he was a Visiting Professor at the Pratt Institute in New York. During 2013-15, he was Professor of Computer Science at Birmingham City University, .