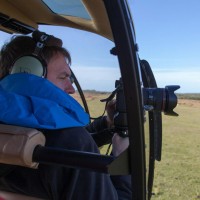 
Jean-Pierre Chabrol is managing and leading the Digital media department at the Museum of Contemporary Art Australia in Sydney.
http://www.mca.com.au

Before few years as a consultant for different Art Gallery in Australia and directing some Video production, he was during 11 years the Head of Multimedia at the National Gallery of Victoria in Melbourne.
http://www.ngv.vic.gov.au

After graduating from the National Cinematography and Photography school in Paris - Ecole Nationale Louis Lumière
in 1990, Jean-Pierre produced a number of award-winning educational and cultural multimedia products in Europe. A member
of the team that relaunched the National Gallery of Victoria in 2002, he was responsible for leading the development,
artistic direction and integration of the NGV’s multimedia content. During this time he gained immense experience at
working with cultural, aesthetic and political sensitivities, negotiating filming in situations as diverse as Indigenous sacred
sites, artists’ studios and cultural institutions. Producing multiple awarded website, hundreds of videos promotion and documentary and digital publication.