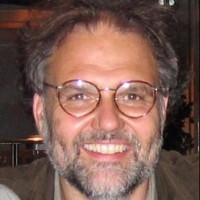 
Dr. Kurt Fendt is Principal Research Associate in Comparative Media Studies/Writing (CMS/W) and Executive Director of HyperStudio – Digital Humanities at MIT. He teaches Digital Humanities subjects in CMS/W and German Studies courses in Foreign Languages and Literatures. Fendt has held Visiting Professorships at the University of Cologne, the Technical University of Aachen (both Germany), and the University of Klagenfurt, Austria; in 2001 he was Visiting Scientist at the Fraunhofer Institute in Sankt Augustin, Germany. He is co-Principal Investigator of the NEH-funded Annotation Studio: Multimedia Annotation for Students, the Comédie-Française Registers Project, the US-Iran – Missed Opportunities project, the d’Arbeloff-funded Metamedia project, co-Director of Berliner sehen, a collaborative hypermedia learning environment for German Studies (funded by NEH), co-author of the French interactive narrative A la rencontre de Philippe (CD-ROM version), and co-author of a range of other digital humanities projects. Since 2005, he has been organizing the MIT European Short Film Festival. Before coming to MIT in 1993, Fendt was Assistant Professor in the Department of Applied Linguistics at the University of Bern in Switzerland, where he established the Media Learning Center for the Humanities and earned his Ph.D. in modern German literature with a thesis on hypertext and text theory in 1993 after having completed his MA at the Ludwig-Maximilians-University in Munich, Germany.