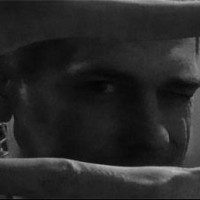 
In the early 90s, while working on a B.S. in Anthropology, I discovered the World Wide Web. As graduation approached I realized that my dreams of grad school hinged upon my quitting my full-time job. I took a part-time job converting Gopher sites to HTML. I have used the blink tag. I was there when table became available but was too cutting-edge for some clients.

As my enthusiasm for the web grew, my interest in grad-school shifted. I stuck with anthropology but focused on the use technology in support of scientific efforts. The web is a force multiplier!

I dove into professional mapping tools, hand-stitched hundreds of “qtvr” panoramas, wrote web-apps to crowd source the digitization of thousands of catalog cards, I wrote games in javascript to get kids interested in archaeology, I built 3d models of excavations and I slowly became a coder in earnest.

New scripting languages made the Web a full fledged application environment. I became employed building web apps for the modeling and simulation industry, the value of the Web for large-scale collaboration was obvious.

In 2000 my experience building distributed web apps brought me to the American Museum of Natural History, where I quickly swapped ColdFusion and MSSQL for PHP, MYSQL and most impactful of these was FLASH (and later HTML5). The era of Flash allowed the Web to take UX & interaction design to new heights (and lows), I spent a decade building hundreds of Interactives to bring the Museum’s amazing science content to school kids and adult learners around the globe.

My role at AMNH grew from coder to interaction designer and in 2012 I became Digital Architect where I spend my days designing and managing disparate digital efforts to align with our overarching digital strategy.

In addition to my work at The Museum I’ve enjoyed dozens of freelance projects (working with clients from Madison ave to NYPL to IMAX large format film). A brief period of success in NYC’s dance film community was followed by an even more brief (incomplete) stint in Hunter College’s Integrated Media Arts MFA where I explored and expanded on my professional experience into the realm of gallery installations and real-time audience engagement.

I live in NYC with my wife and 4 kids.