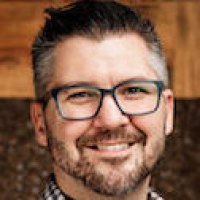 
Since its inception, MHz has been committed to bringing global content and perspectives to North American audiences.rnrnFounded as MHz Networks in 2001, it originated as an American broadcaster and project of the Commonwealth Public Broadcasting Corporation (CPBC), servicing the Washington, D.C. marketplace, with international television programming, namely: Chinese, Russian, French, South African and Turkish programs.rnrnAfter twelve years of operation, CPBC formed MHz Networks in 2013 as a non-profit entity. MHz Networks existed to carry forward the broadcast operations to service their local American market, with rich cultural content from around the world. Within the exit agreement, MHz Networks would continue to broadcast on CPBC’s spectrum, with a stipulation that if ever CPBC were to sell off their spectrum rights, MHz Networks would receive a portion of the proceeds.rnrnIn 2015, MHz Networks changed its name to MHz Foundation. At the same time, a new independent for-profit entity was created under the name MHz Networks, LLC., which operates MHz Choice, a subscription-based streaming service that continued to offer access to international content. Divesting for-profit activities allowed MHz Foundation to focus on its non-profit mission to enrich and champion global content curation. rnrnAlso in 2015, CPBC began the process of auctioning off under-utilized spectrum licenses under an incentive option of the U.S. Federal Communications Commission (FCC), who sought to reclaim traditional spectrum of under-utilized wavelengths, in order to foster innovation within the space. Under the agreement with CPBC, MHz Foundation shared a portion of their auction proceeds. This served as the seed revenue for MHz Foundation’s public interest activities moving forward.rnrnToday, the MHz Foundation expands its reach beyond the Metro DC area to the world through MHz Curationist. Launched in 2019, Curationist strives to make global arts, culture, and heritage available to all through a free knowledge platform and website. rnrnThe MHz Foundation is a Virginia-based 501(c)(3) corporation.