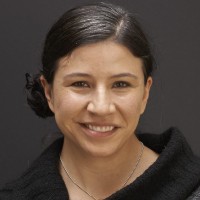 
Chief Digital Officer at the Freer and Sackler Galleries, Smithsonian, Courtney O’Callaghan has spent nearly two decades in the IT world as a designer, developer, user interface expert, and everything in between. Former Information Technology Director of Feminist Majority Foundation and Ms. Magazine, she also served as the magazine's online editor. Courtney is active as an organizer and developer in the Open Source world, focusing on increasing diversity in the community.