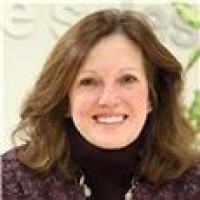 
Paula Summa, General Manager of IBM Inside Sales, leads a 4,000+ person team, consisting of 44 global inside sales centers around the world. rnrnPaula has held a variety of financial roles in her 33-year career with IBM, working with various geographical and business units, primarily in the Sales and Distribution organization. Paula’s talents were leveraged as controller for Latin America and as the first chief financial officer of IBM's Global Small and Medium Business organization. From there she assumed the role of vice president of finance and operations for the Global Business Partner Organization; IBM Global Financing; and finally Global Sales & Distribution, where she led a staff of 7000 financial professionals.rnrnIn her present job, she has overseen a unit that has experienced double-digit growth for much of her six-year tenure.rnrnPaula is a member of the IBM Integration and Values Team; and on the advisory boards for the American Association of Inside Sales Professionals and the Service Source Executive Industry Board. She is a recipient of the IBM YWCA award (Women’s Achiever Award); and on the board of directors of the ArtsWestchester Council. Paula is a member of the advisory board at Pace University’s Lubin School of Business, where she was honored in 2008 with the Alumni Achievement Award in 2008. She was also featured in the June 2008 issue of CFO Magazine as one of 25 women expected to be among the next generation of top finance executives.rnrnPaula graduated from Pace University, summa cum laude, with a BS degree in Accounting, and was valedictorian of her graduating class. While working at IBM, she received an MBA in Finance from Pace University.rn