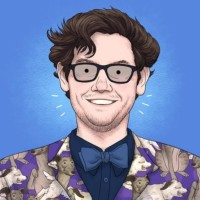 
Paris Buttfield-Addison is a producer and co-founder at Secret Lab, a mobile development studio based in beautiful Hobart, Australia. Secret Lab builds games for mobile devices, and primarily for children, such as the AIMIA winning (2014) ABC Play School apps for iPad, The Museum Game for the National Museum of Australia, and the official National Science Week and Port Arthur Historic Site apps. Paris formerly worked with Meebo (which was acquired by Google) as mobile product manager.

He has a BA in History, and a PhD in Computing/HCI, and has written nearly a dozen technical, game design, and mobile software development books, mostly for O’Reilly Media.

Paris can be found on Twitter @parisba. He still thinks digital watches are a pretty neat idea