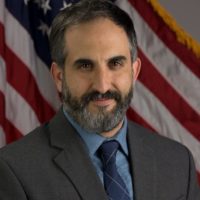 
In October, 2017 Mr. Morando became the Chief of Exhibits for the National Museum of the United States Army. He manages the overall design, fabrication, and installation of all the museum’s exhibits and is responsible for the acquisition, selection, and oversight of the museum’s historical collection.
Mr. Morando served in the Army Reserves as a photographer on a Public Affairs team deploying to Guantanamo Bay, Cuba, and supporting missions in Korea, Egypt, and Guatemala. Mr. Morando holds a Master’s Degree in History from the City University of New York. He currently resides in Lake Ridge, VA with his wife and four children.