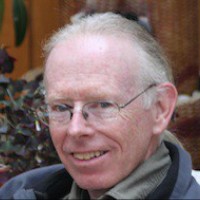 
Paul Doherty is a senior scientist at the Exploratorium and a PhD physicist from M.I.T. At the museum Paul creates exhibits and helps high school science teachers make science relevant, interesting, correct and fun. He was the founding director of the Center for Teaching and Learning at the Exploratorium. Paul is the author of several books including the Explorabook by Klutz Press that has sold over a million copies. He has done television programs from around the world including broadcasting from the rim of an active volcano in Antarctica, and an appearance on the Late Show with David Letterman. He is a strong supporter of using communication technology to augment learning and has created an online virtual science museum named the Splo. He publishes activities on his website, teaches online classes, and creates online videos. He is the winner of the Faraday Award for Excellence in Science Teaching from the National Science Teachers Association and was recently hired by the Dalai Lama to bring hands-on science education to Tibetans in exile in India.