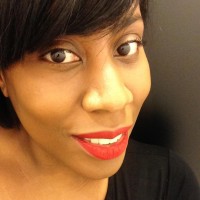 
Sharna Jackson is a director/writer/curator working across digital, arts, publishing, education and entertainment.

Recent roles include curator of Playground at Site Gallery, curator of the Design Ventura Conference at Design Museum, director of #squad34, a programme of digital activity for young people in Kent, writer and producer of the family audio guide from The Broad Museum in LA, and the Director of Creative, Content and Interactive at Hopster.

Sharna serves on the Children's Media Conference, BAFTA Children’s Awards and BAFTA Learning and New Talent committees. She is on the board of Upswing, New Writing North, The Caine Prize for African Writing and Bright Little Labs. Sharna has as a PgDip in Media Culture and Communication from the Institute of Education, University of London and is currently undertaking the International Curatorial Programme with Node Centre.