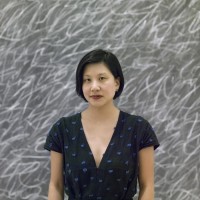 
Stephanie Pau is Senior Content Producer, Interpretive Media, at the San Francisco Museum of Modern Art. She oversees content strategy and production for SFMOMA’s onsite interpretive spaces, as well as storytelling in the museum's location-aware app. Her work in museum interpretation, digital learning, content strategy, and storytelling has taken her from the San Francisco Bay Area (California Academy of Sciences, 2001-2004; SFMOMA, 2001-2010) to New York (MoMA, 2010-2014) and back again (SFMOMA, 2014-present). Before entering the museum world, Stephanie served as an archaeologist specializing in the history and culture of California and Oceania. Stephanie graduated magna cum laude from the University of California at Berkeley, earning a B.A. in Anthropology, Archaeology emphasis; followed by graduate work in the M.A. in Museum Studies program at San Francisco State University.

During ⁦@culturegeek⁩ conference, there were a lot of discussions about TikTok and museums. I have had an experience with it so I have written a article about it. Let me know what you think! “TikTok for Museums: Tips and tricks”
https://link.medium.com/Gy2EdH8uKbb #Museums2020 #museweb

@futureofmuseums’ Elizabeth Merritt explores the pros and cons of potential #digital strategies that may help you and your #museum during the COVID-19 pandemic.
#museumprofessionals #musetech @AAMers

Are you working on improving your institution's accessibility across media and platforms? Here's a great place to start! #a11y #Accessibility

We've added a tutorial video to our YouTube channel, showing you how to caption your YouTube videos with some helpful hints and tips from our volunteer @Bill_Wurgess. Check it out now! #MuseTech #MuseSocial #Access #Captioning https://youtu.be/ydsqqNsGmbk

There's still time to register to become a volunteer for #MW21 next year. We'll be hosting a new kind of hybrid conference that integrates in-person and online events. Plus, you get FREE registration when you volunteer. WIN! #museTech #museWeb #museSocial https://mw21.museweb.net/volunteering/

Question of the day: Today is #GivingTuesday. What makes YOU want to support an institution, whether it's a museum or other charitable organization? #museTech #museSocial #museWeb